“Girl Rising” a powerful documentary from Academy Award-nominated director Richard E. Robbins that uses the power of storytelling to share the simple truth that educating girls can transform societies. The mission for this film was to change the way the world values girls and ensure that educating girls is part of the mainstream conversation around the world.

Girl Rising journeys around the globe to witness the strength of the human spirit and the power of education to change the world. Viewers get to know nine unforgettable girls living in the developing world: ordinary girls who confront tremendous challenges and overcome nearly impossible odds to pursue their dreams. Prize-winning authors put the girls’ remarkable stories into words, and renowned actors, such as Meryl Streep, Anne Hathaway, Selena Gomez, Alicia Keys, Freida Pinto, Cate Blanchett, Chloe Moretz, Priyanka Chora, Salma Hayek, Kerry Washington and Liam Neeson, give them a voice.

More than a film, Girl Rising is the heart of a movement around the world which promotes the powerful truth that educating girls in the developing world can not only break the cycle of poverty, but can also transform families, communities and entire countries.

Educate a girl, you CAN change the world.

Following the feature screening, we will have a short discussion of the film, and a Q&A session.

***The film will be in English with German subtitles***

Join us for this inspiring evening that will highlight the strength, tencity and COURAGE of girls around the world. RISE with us!! 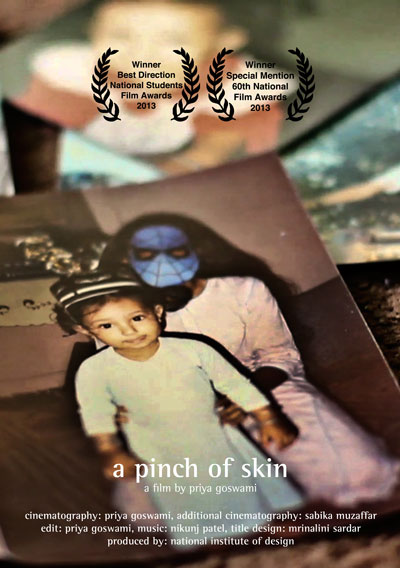 About a pinch of skin

What do you know about female genital mutilation (FGM) [also known as female gential cutting (FGC)]? Do you think it is based on religion? Culture? Is it only practiced in "certain" places? Do you consider it abuse? Let's talk about it.

Would it surprise you to know that the practice of FGM/FGC is not practiced solely in Africa or the Middle East, but is widespread throughout many cultures, religions, and communities around the world?

This short film brings you into the conversation about FGM/FGC and the affect that this practice has on those who have endured it. Listen to outspoken women tell their stories on how they view the practice of FGM/FGC or "khatna" in the Bohra community.

Following the film, the producer will be available via video to provide more information about the film as well as engage in an open discussion about the practice of khatna and how you can get involved.

We will also have a founding member of Sahiyo, which means 'friends" in Bohra Gujarati, an organization that was born through storytelling. What started out as a conversation between friends has turned into a global movement to raise awareness about the practice of khatna and its implications.

This dynamic group of women from different walks of life had been speaking out against the practice of khatna and as their collaboration grew, they realized that there was a need for an organised, informed forum within the community that could help drive a movement to bring an end to khatna.

Sahiyo is dedicated to empowering Dawoodi Bohra and other Asian communities to end FGM/FGC and create positive social change. By working towards an FGM/FGC-free world, they aim to recognize and emphasize the values of consent and a child’s/woman’s right over her own body. They goal is to enable a culture in which female sexuality is not feared or suppressed but embraced as normal.

Girls’ education and promoting gender equality is part of a broader, holistic effort by the World Bank Group. It includes ensuring that girls do not suffer disproportionately in poor and vulnerable households—especially during times of crisis—and advancing skills and job opportunities for adolescent girls and young women.